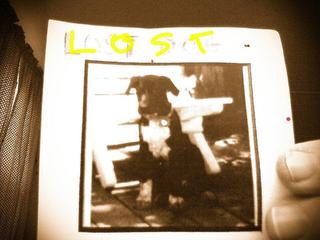 In Dutch Harbor, Alaska stands a house with chains wrapped around it. The chains are sturdy and have held this house in place through many a storm. This approaching storm will be no match for such a secure home no matter how much it tries to bully its way in but in the house, and in the bathroom to be specific, is a dog of 11 years. He is a wolf hybrid dog but he looks more like a Black Lab. He has traveled far to be in this safe and secure place, seven thousand miles to be exact. He is sick and is lying in a pool of blood. He lifts up his head to look up at Andy a handsome and rugged fisherman of 31 years who is his best friend. Captain tries to get off the floor and flops back with a quick and sharp yelp. Andy caresses his head and reassures him that everything is going to be okay. He wraps a towel around his beloved dog and slips quickly into the living room and hollers out to his girlfriend Rachel. Upon hearing this alarming news, she tells Andy she will call the vet in Anchorage and get Captain flown up immediately.

So begins the story of a dog who serves not only as a devoted companion to a young man named Andy, but in the course of 11 years often serves as a surrogate parent. Linda English, mother of Andy her only child longs for a relationship with her son that is not pockmarked by anger and regrets and addiction and failures. She wants more than anything for her son to love her and to understand her and for the two of them to make peace with the past as she tries to prevent him from duplicating some of the bad choices she has made. When Andy, at the age of sixteen years old, runs away for the first time, Linda is faced with having to take a difficult and frightening stance to ensure that she keep intact her own shaky sobriety and that she does everything she can to get her son the help she believes he needs. Tracing pivotal moments of her life, she turns to vignettes about her family dogs to decipher how some of these chaotic events led her to drink and then led her to get sober. In unraveling the past and Andy’s early years when she was a single and drinking parent, she comes to grips with her shame, insecurity and regrets that have impacted her relationship with her son. There are an abundance of bright moments: they go off to college in Colorado and from that springboard they begin a life of adventure, uncertainty, zaniness, and one step ahead of either getting arrested or killed. Captain is the sidekick that keeps Andy safe not only from the wildlife of Alaska but serves as a deterrent to Andy’s wild life by disappearing and forcing Andy to constantly go looking for him.

The impending death of Captain signals a gap in the mother/son relationship. With Captain in her son’s life, there was an umbrella of protection and security. Communication becomes sparse between mother and son with old wounds, old regrets and anger emerging. Their relationship is a landscape of voids. It is only when Linda starts to reread the journals that she kept of the adventures of Andy and Captain that she comes to an understanding that Captain has never left, he just has been transformed. When the unconditional love he gave to Andy is imparted to her, Captain becomes her muse, encouraging her to finally write with passion and without regret CAPTAIN, a memoir of a mother, a son and the dog who found them both with the hope that maybe this time Andy and his mother will connect.

Captain
An Alaskan dog provides an umbilical cord of communication between an alcoholic mother and a runaway son.